On the Annual Sentica Day on 5th May 2022, Citec was awarded the prestigious price for being the Best performing portfolio company. Sentica is an independent private equity company focusing on investing in and developing small and mid-sized companies with a Finnish origin, and is the majority shareholder of Citec. Including Citec, Sentica currently has 15 portfolio companies.

“Citec has demonstrated a very strong operative performance. It has been achieved by diligently executing its chosen strategy focusing on its core competences and supporting its key customers on their demanding projects. The hard work was further validated by the transaction in which Cyient has agreed to acquire Citec”, says Johan Wentzel,  Partner, Sentica.

“Many thanks to Sentica’s team and the board of directors for this very encouraging recognition. The whole team at Citec deserves this award, as no success comes without a strong team effort”, comments Johan Westermarck, CEO, Citec. 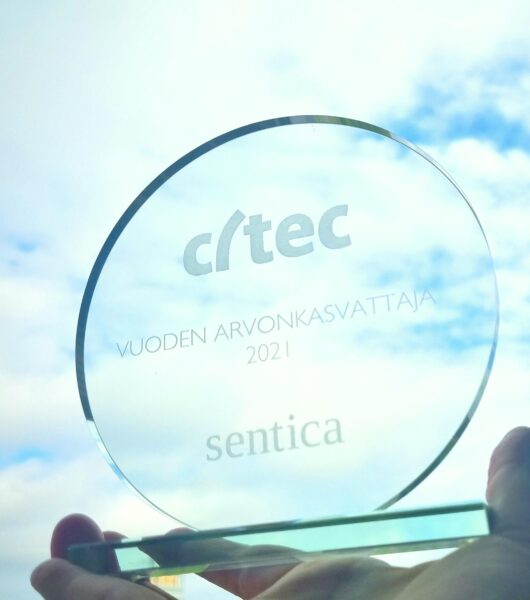