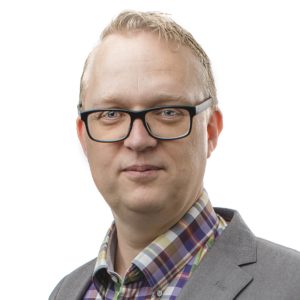 Fredrik Nilsson, currently Head of Department in Citec, Karlstad, has been appointed Managing Director (acting) Citec Sweden as of April 22, 2020.

Fredrik Nilsson continues to head the Karlstad office, and thus combines the two roles in the organisation. Fredrik joined Citec in 2018 as Manager for the calculation team and the plant design team in Karlstad. Prior to his career at Citec, Fredrik Nilsson has held several engineering roles at other consultancy companies – at Etteplan, he has worked as Senior Engineering Analyst and at AFRY (previously ÅF) as Team Leader.

“We are happy to see Fredrik Nilsson taking the driver’s seat of our operations in Sweden. The year has started well, although the market situation is a bit volatile. Fredrik has shown a great understanding of Citec’s mode of operations, a strong business mind-set and we see that we have a good growth potential on the Swedish market under his leadership, jointly with our experienced and competent personnel in Sweden”, says Sakari Koivuniemi, Vice President, Citec Europe. “