3D measurement & scanning has now been launched as a new feature to 3DEncore, Citec’s digital platform allowing you to view your plant whenever and wherever.

3D scanning is the process of collecting data from the surface of a physical object which accurately describes the shape in terms of three-dimensional space. Once collected, this data gives technicians, mechanics and engineers the ability to examine an object digitally, which enhances and maximises the precision and speed of their work. By obtaining the shape of the part digitally, the scanned data can be used to either replicate the part (reverse-engineering), or for dimensional analysis (inspection).

What does the new feature mean for 3DEncore?

The feature means that we now physically conduct laser scanning at the site, so that so called “retrofit” design does not require designers to visit the site. Instead they can do their “visit” at the plant digitally, including all basic measurements, and later seeing their design next to the actual site.

It enables you to:

The pictures below show examples of scanned data combined with retrofit engineering design. In the first picture the blue structures and yellow handrails are the original design and scanned content is ‘as built’, showing the true differences in 3D. The red bubbles are the locations where scanning has been made and where 360-degree panoramic photographs can also be seen. 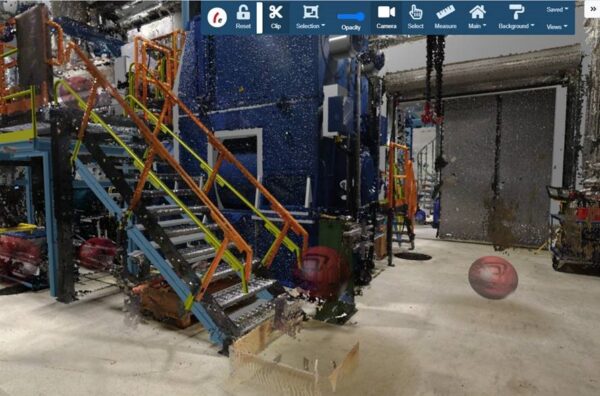 In the second picture the blue structures on the right and pipes inside are new design, and the other pipes on the left and the plant building at the back is existing material, showing retrofitting in context for all stakeholders. 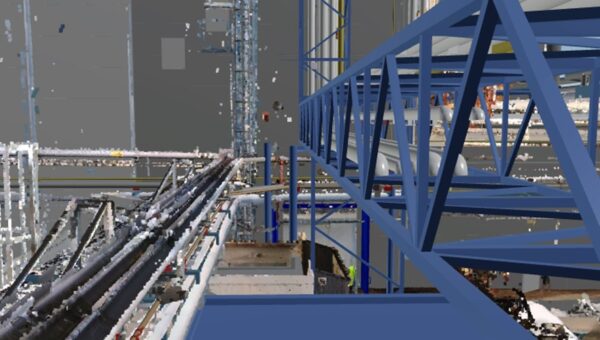 Having scanned data in 3D Encore is free of charge when engineering work includes laser scanning from Citec.

For who is this service useful?

For instance, project managers and project engineers, as well as Lead and Design engineers is a great target user group for this service. Also, Sales & Marketing departments have found the solution useful.